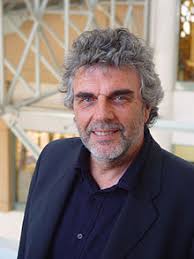 Listening for pleasure – The radio work of Tony Barrell

A tribute to the work of outstanding features maker and ABC broadcaster Tony Barrell who died earlier this year.

Tony was without doubt a great original, and his contribution to the ABC has been extraordinary, as a journalist, as documentary maker in both radio and TV, as producer of wonderfully creative and entertaining radio features, and as writer and producer of drama. He worked across many areas of the ABC, from 2JJ, to TV, to Radio National and writing for The Drum. The breadth of his achievement and the scope of his restless curiosity was enormous. He leaves a remarkable legacy.

This program dips into his work from across all those years, from the late 70’s at 2JJ with Sunday Afternoon at the Movies,through his long-standing interest in Japan and things Japanese, to the Prix Italia winning program Tokyo’s Burning. Tony’s thoughts about his work and the radio feature are captured in interview with academic and broadcaster Eurydice Aroney.

In the Dark Listening Event

Radio National often provides links to external websites to complement program information. While producers have taken care with all selections, we can neither endorse nor take final responsibility for the content of those sites.